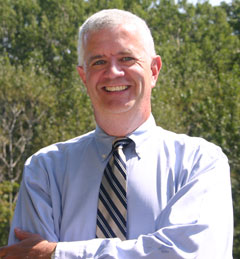 Phil Cronin has a background of more than 20 years of extensive political and governmental work including six of the last seven Democratic Presidential campaigns; five Democratic National Committee Conventions; the Presidential Inaugurals in 1993 and 1997; numerous state campaigns in Massachusetts; and work on both the state and federal legislative levels. He assisted the advance and scheduling operation of Vice-President Gore from 1992 to 2001 and traveled throughout the world with the former Vice-President.

Mr. Cronin was responsible for arranging logistics both domestically and internationally for such high-profile events as Vice-President Gore’s visits to Honduras for the Summit of Central American Presidents; to South Africa and Namibia in 1994; to Oman to discuss military base operations in 1995; and to Russia as part of the Vice-President’s first major international trip in 1993. Domestically, Mr. Cronin organized the Vice-President’s visit to Harvard University to deliver the address to the Harvard Alumni Association on graduation day.

During the 1988 Presidential election, Mr. Cronin traveled throughout the United States as part of the Field and Advance operations for the Dukakis for President Committee. In 1992, he worked for Senator Tom Harkin (D-IA) handling all logistical and field matters in the Manchester area of New Hampshire and traveled with Senator Harkin on his visits to the state. For the 1996 and 2000 campaigns, Mr. Cronin traveled with both Vice-President Gore and Senator Lieberman to organize campaign events.

Mr. Cronin has a long commitment to public policy and a history of government service. At the age of thirteen, he volunteered on his first political campaign handing out leaflets for his next door neighbor’s local campaign in Peabody, MA. From that beginning, he has gone on to work on numerous campaigns handling myriad tasks from standing on a street corner with a sign and going door-to-door with leaflets, to writing speeches and position papers and scheduling and planning campaign events such as rallies, convention addresses, press conferences and fundraisers.

When not helping get candidates elected to office, Mr. Cronin has worked for both the US Federal and Massachusetts State governments. In Massachusetts, he served as a Legislative Aide to the Chair of the House Committee on Ways & Means. In this position, Mr. Cronin worked with the Chairman and the committee staff to implement budget and taxation priorities. For the US Government, he served as a Legislative Aide to Congressman Nick Mavroules (D-MA) and was part of the White House advance operation for Vice-President Gore.

Since leaving government service and finishing graduate school, Mr. Cronin founded Francis, Edward, & Cronin, Inc (FEC), a strategic management, nonprofit, and governmental affairs consulting firm. As President of FEC, he works with clients to show them how they can, without becoming “political,” be involved with the legislative process to champion their positions, increase their recognition, and play a role on public policy matters. He uses his vast experience in political campaigns, events organizing, and media relations to work with organizations so they can play a direct role in impacting public policy that affects their constituencies. Further, Mr. Cronin adapts his political and governmental background to show organizations how they can strategically position themselves to achieve their public relations, development, and overall organizational goals.

With his background, Mr. Cronin is able to work with nonprofit, community, and governmental organizations to research, prepare, submit, and track grant applications. He provides invaluable counsel as to how the period after the grant is submitted can be just as important as the period before submission.

Additionally, Mr. Cronin has been an Adjunct Lecturer in Government at Quincy College in Quincy, MA. He taught courses focused on American Government and the relationships between federal, state, and local governments. Also, Mr. Cronin taught a graduate level course in Nonprofit Financial Management at Northeastern University as part of their Master of Public Administration program. Mr. Cronin has also served as a Political Analyst for the Associated Press and their election coverage.

Mr. Cronin has a BA in Philosophy from Suffolk University, and a Master of Public Policy from Harvard University’s John F. Kennedy School of Government with a concentration in Healthcare Policy and Nonprofit Management. When not struggling with his golf game, or at Fenway Park, he enjoys reading, telling stories about past campaigns to his wife (which she graciously allows him to do), and doting on his daughters and nieces and nephews.

FROM OUR MEDIA CENTER